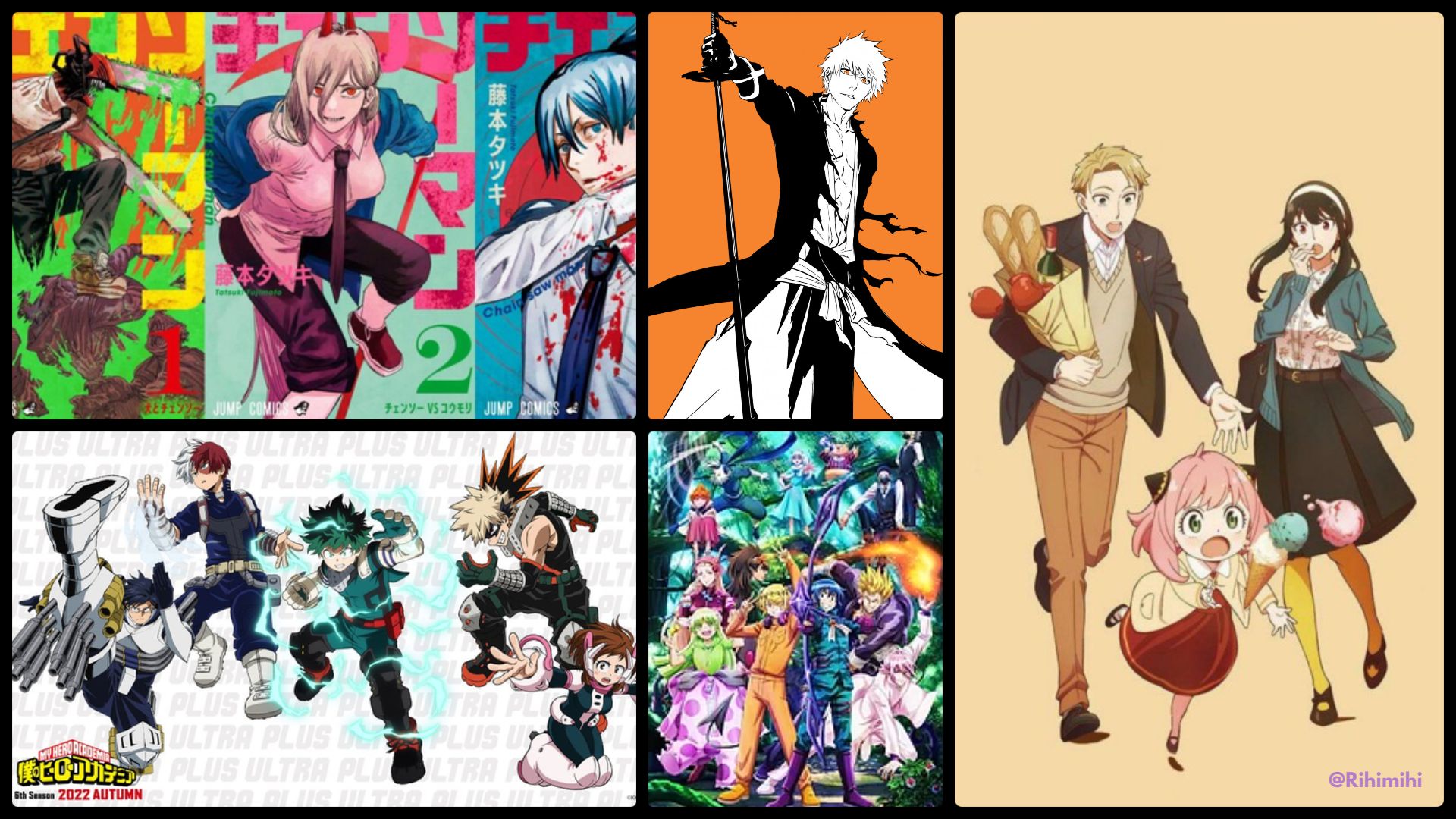 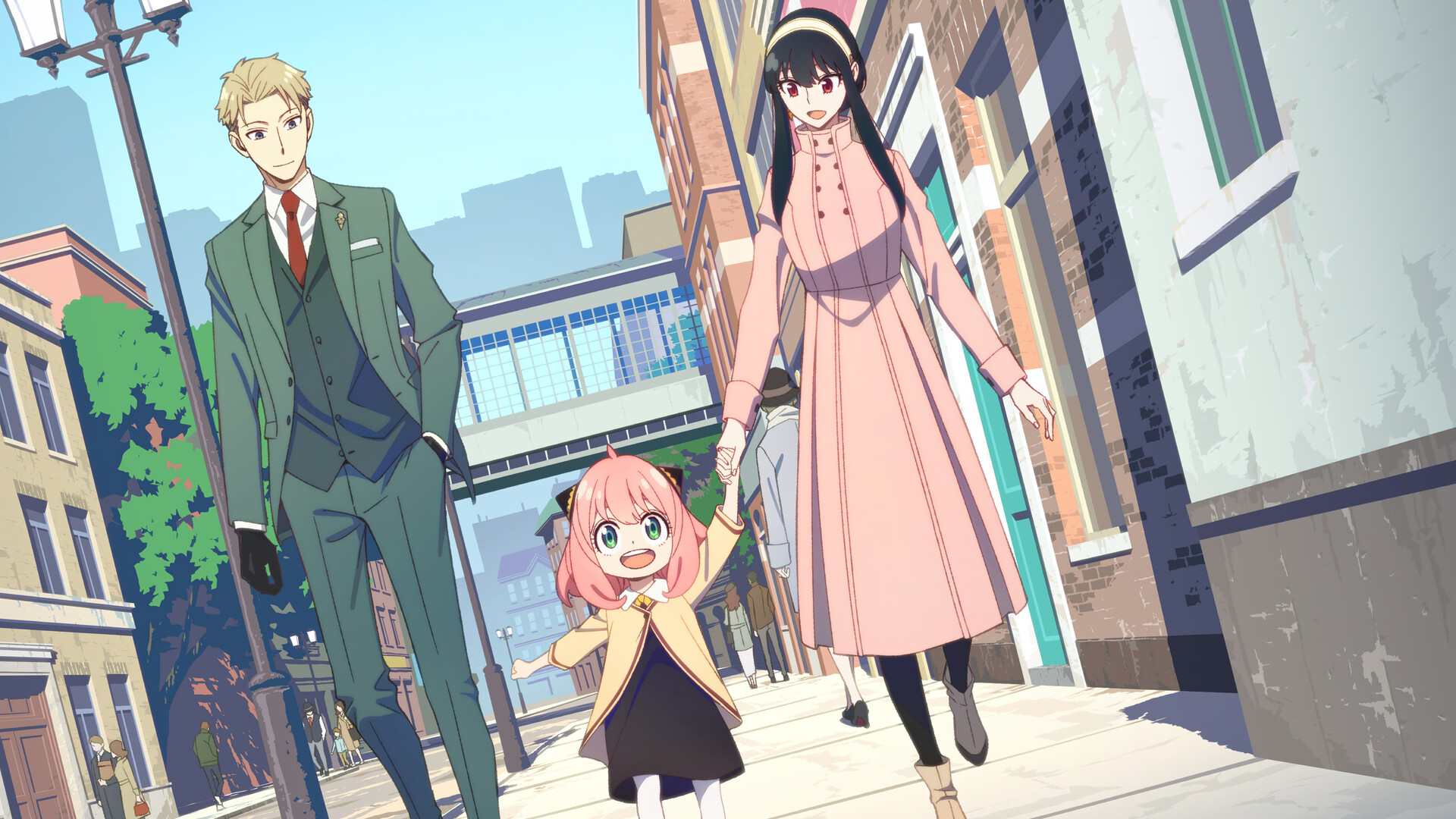 What "SPY x FAMILY" about?
The Westalis Intelligence Services' Eastern-Focused Division (WISE) sends their most talented spy, "Twilight," on a top-secret mission to investigate the movements of Donovan Desmond, the chairman of Ostania's National Unity Party, who is threatening peace efforts between the two nations.

This mission is known as "Operation Strix."

It consists of "putting together a family in one week in order to infiltrate social gatherings organized by the elite school that Desmond's son attends."

"Twilight" takes on the identity of psychiatrist Loid Forger and starts looking for family members. But Anya, the daughter he adopts, turns out to have the ability to read people's minds, while his wife, Yor, is an assassin! With it being in each of their own interests to keep these facts hidden, they start living together while concealing their true identities from one another. 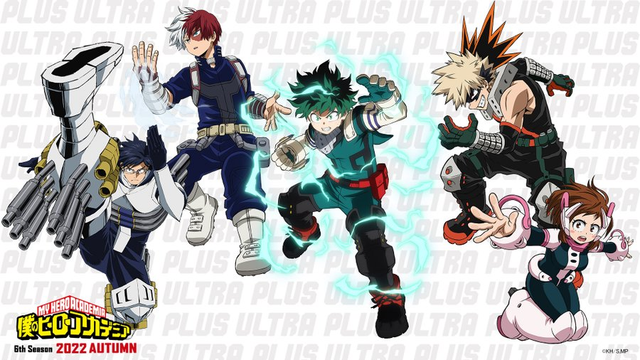 In season 5, we were expecting something different but it was a letdown for us (at least for me).

What "Boku no Hero Academia 6th Season" about?
With Bakugo and Todoroki, Deku is doing his work-study at the office of the number one hero, Endeavor. Working hard in the best possible environment, he is growing as a hero and using Blackwhip, a new Quirk that was hiding in One For All. Meanwhile, Tomura Shigaraki from the League of Villains clashes against the Metahuman Liberation Army led by Re-Destro. While he's being driven into a corner fighting Re-Destro, he recovers forgotten memories of his terrible childhood and is awakened. He seizes the Metahuman Liberation Army, expands its influence, and now desires a new power for himself to destroy everything. 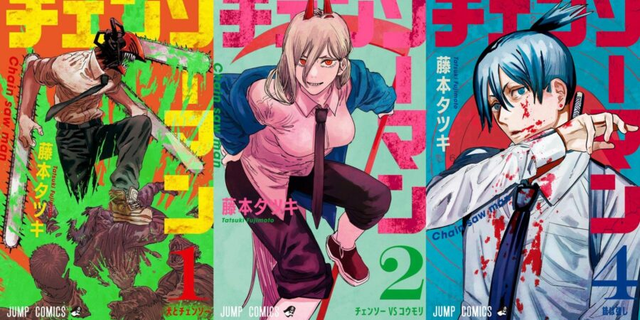 What "Chainsaw Man" about?
Denji is a teenage boy living with a Chainsaw Devil named Pochita. Due to the debt his father left behind, he has been living a rock-bottom life while repaying his debt by harvesting devil corpses with Pochita.

One day, Denji is betrayed and killed. As his consciousness fades, he makes a contract with Pochita and gets revived as "Chainsaw Man" — a man with a devil's heart. 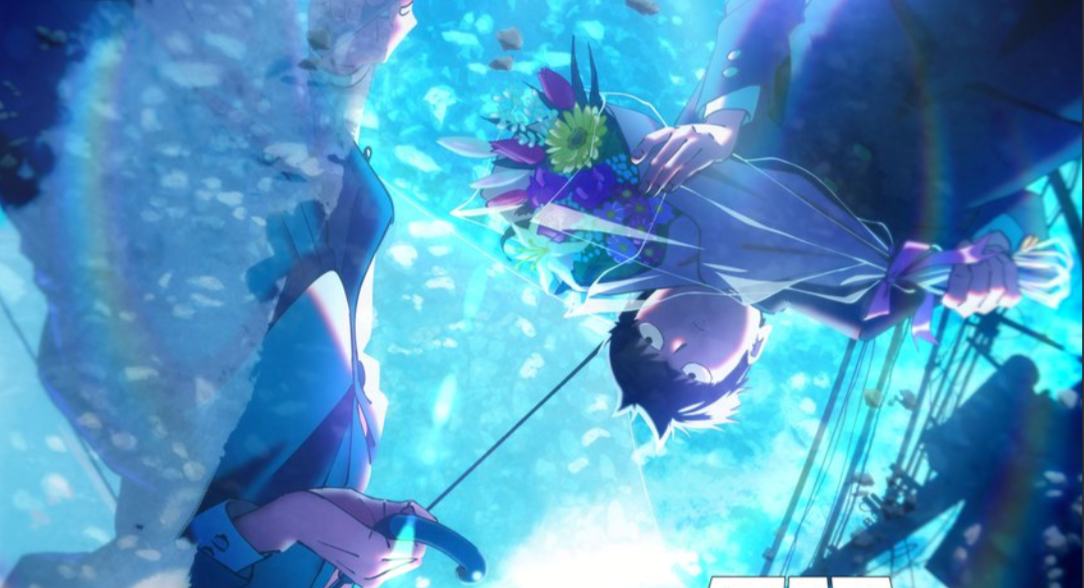 Mob Psycho 100 last and final season is finally here. Another masterpiece will be completed.

What "Mob Psycho 100" about?
Kageyama Shigeo, a.k.a. "Mob," is a boy who has trouble expressing himself, but who happens to be a powerful esper. Mob is determined to live a normal life and keeps his ESP suppressed, but when his emotions surge to a level of 100%, something terrible happens to him!

As he's surrounded by false espers, evil spirits, and mysterious organizations, what will Mob think? What choices will he make? 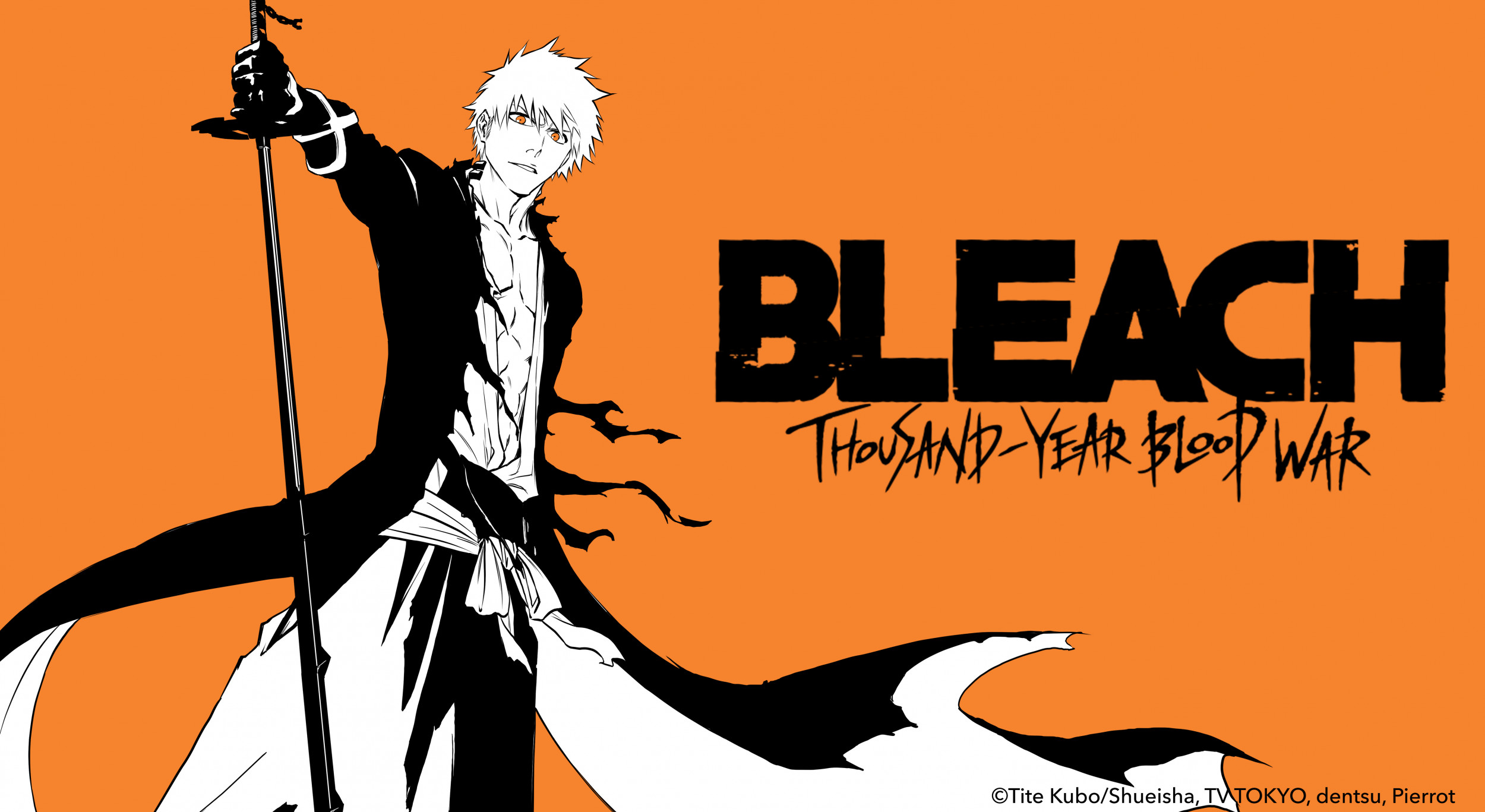 Mob Psycho 100 last and final season is finally here. Another masterpiece will be completed.

What "BLEACH: Thousand-Year Blood War" about?
Continuation of the anime Bleach (2004). Follows Ichigo Kurosaki and his Soul Reaper companions' battle against Yhwach and his despicable Quincy army. 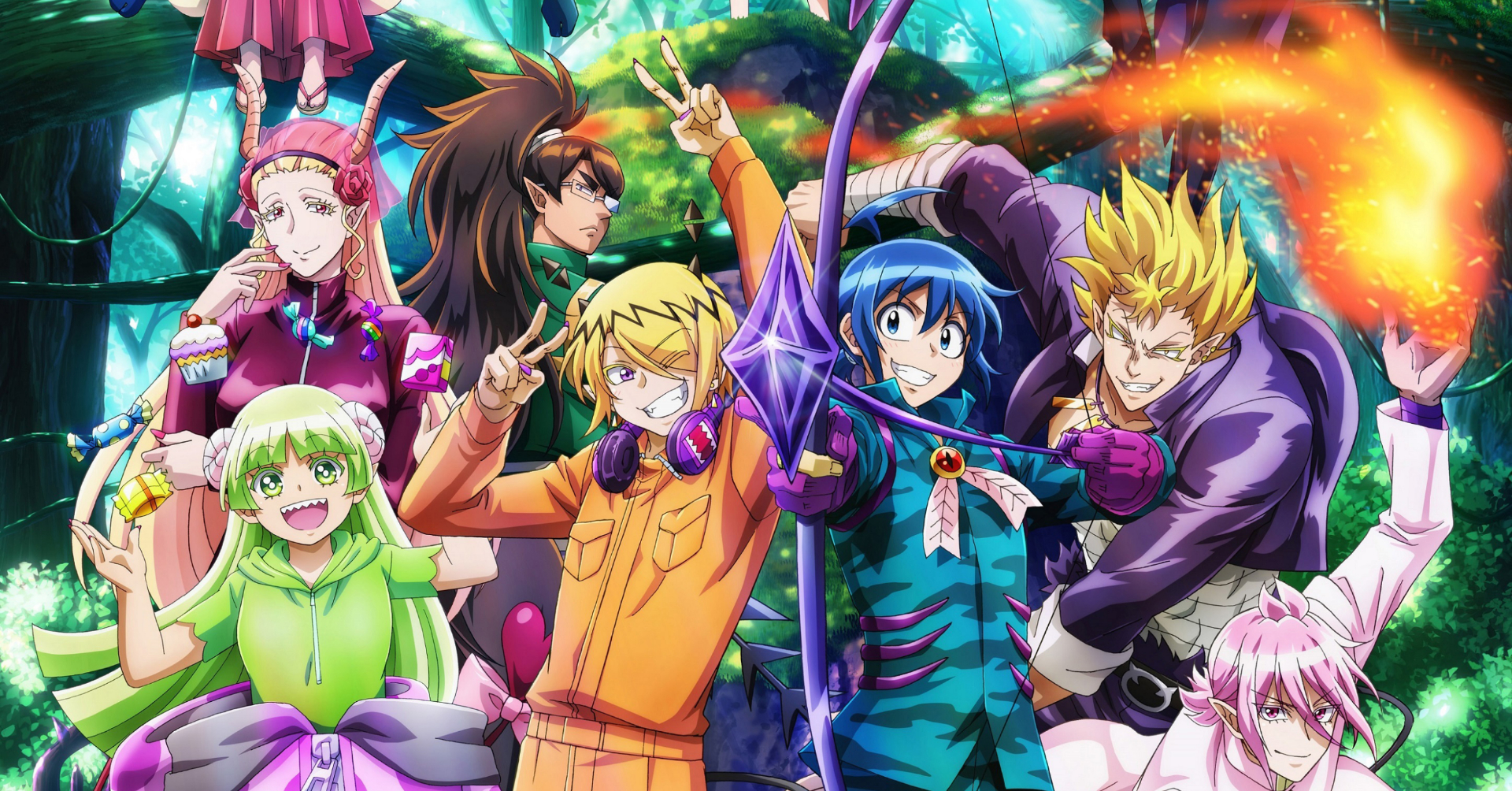 What "Welcome to Demon School! Iruma-kun Season 3" about?
This time it's the jungle!

Human boy Suzuki Iruma becomes "grandson" to the great demon Sullivan and begins attending demon school where "Grandpa" serves as chair. Winning friends -- and rising in demon rank, too -- Iruma thrives in his new environment, overcoming the harrowing ordeals thrown his way! In the new season, further challenges await... it's harvest season, and time for the annual test where students wade into the expansive and extremely dangerous (!) jungle to compete for food!! Classmates become rivals, and what erupts is a gargantuan battle of brawn and wits?


To Your Eternity Season 2 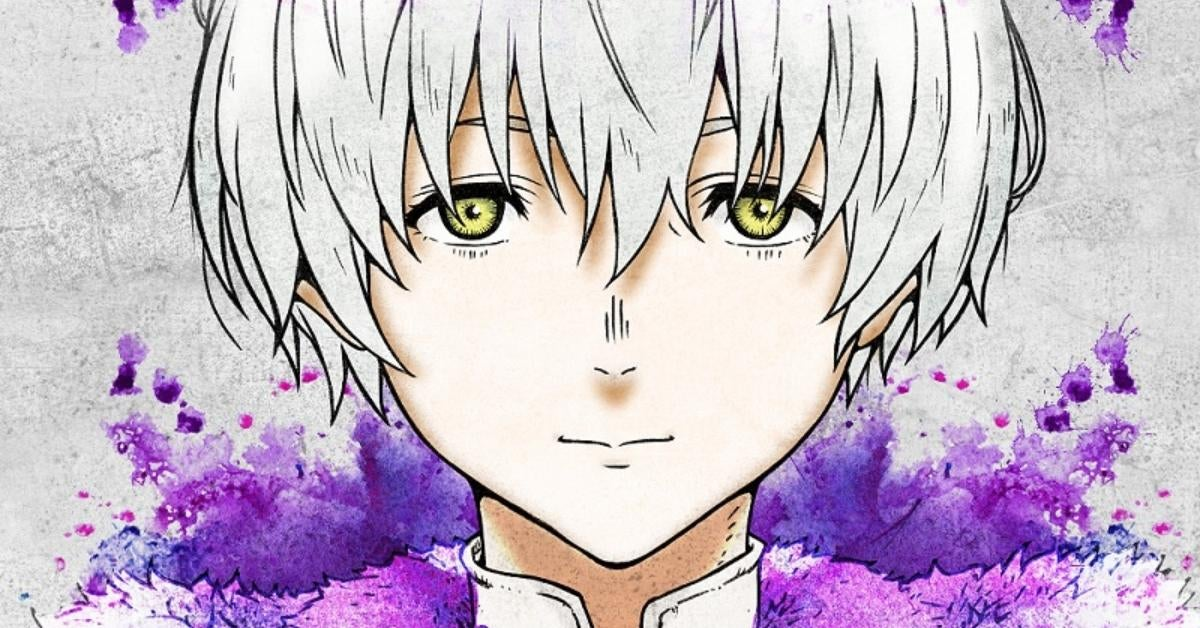 To Your Eternity" is a beautiful Anime about love, emotion and life.

What "To Your Eternity Season 2" about?
In the beginning, FUSHI was an “orb” cast unto Earth. As FUSHI, he saw the passing of a little girl/mother figure, an extraordinary older brother, friends on the battlefield, and finally, an old woman – allowing him to grow into something akin to human.

Archenemy NOKKER is again on the attack, and the world is in chaos. FUSHI must break his long silence and rise. But wait. He can fight alone. But he cannot protect all, alone. Will he fight, knowing there will be new casualties, or…

FUSHI and his warriors embark on a battle to save the future.


The Eminence in Shadow 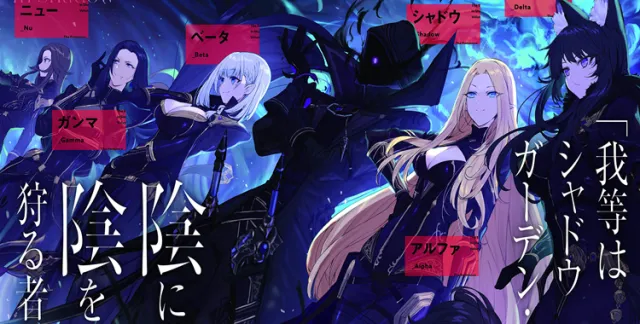 ONE BIG FAT LIE AND A FEW TWISTED TRUTHS

Even in his past life, Cid's dream wasn't to become a protagonist or a final boss. He'd rather lie low as a minor character until it's prime time to reveal he's a mastermind...or at least, do the next best thing-pretend to be one! And now that he's been reborn into another world, he's ready to set the perfect conditions to live out his dreams to the fullest. Armed with his overactive imagination, Cid jokingly recruits members to his organization and makes up a whole backstory about an evil cult that they need to take down. Well, as luck would have it, these imaginary adversaries turn out to be the real deal-and everyone knows the truth but him!

A classic slapstick love comedy where anything goes!