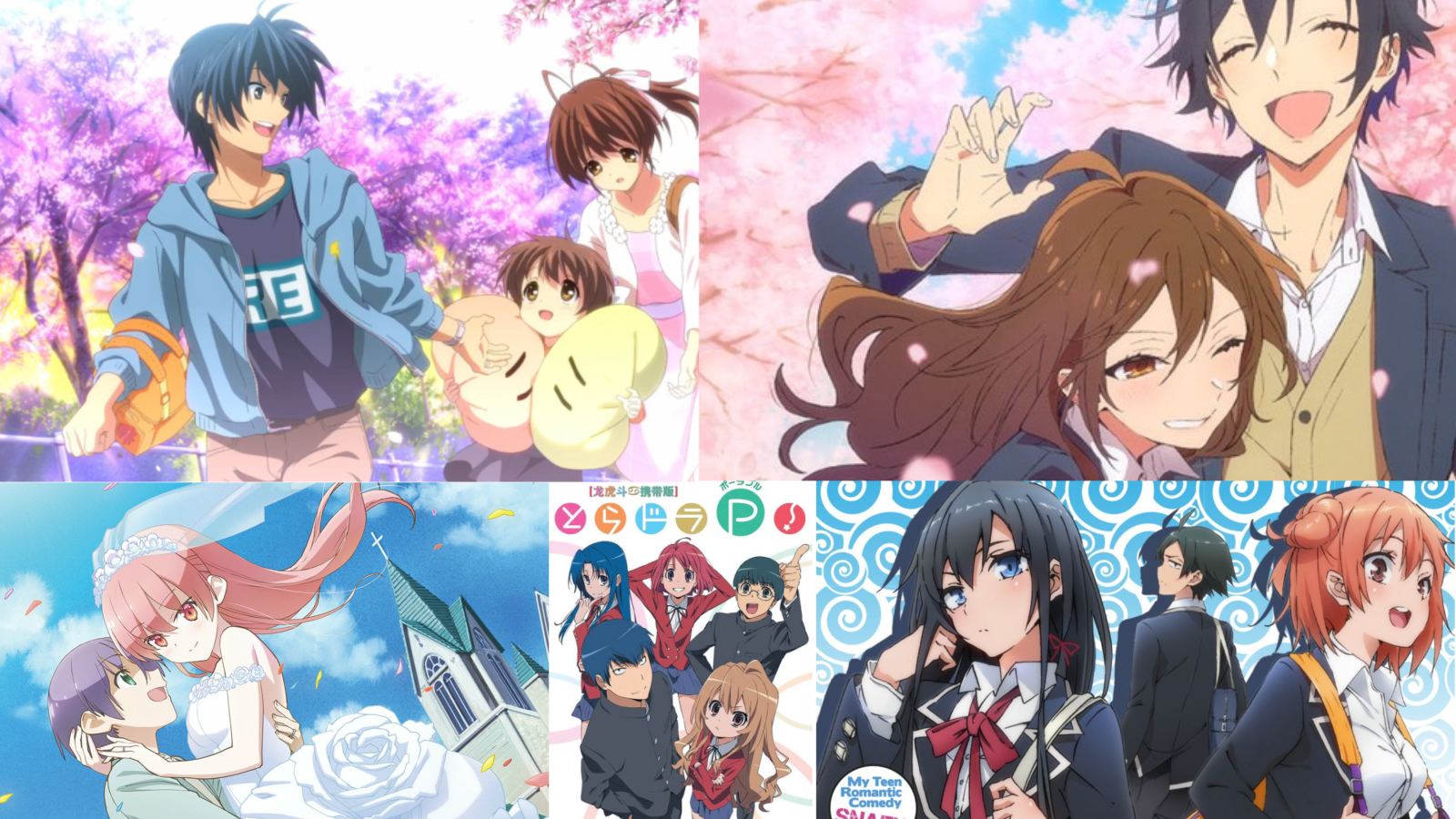 Top 10 Romance Anime Of All Time

by Hajime, 2 months ago, last edit a month ago

Raku Ichijou, a first-year student at Bonyari High School, is the sole heir to an intimidating yakuza family.

When the American Bee Hive Gang invades his family's turf, Raku's idyllic romantic dreams are sent for a toss as he is dragged into a frustrating conflict: Raku is to pretend that he is in a romantic relationship with Chitoge Kirisaki, the beautiful daughter of the Bee Hive's chief, to reduce the friction between the two groups.

Nisekoi is one of the best romcom harem Anime I've ever seen. It has unique and beautiful animation, character design and yes cute girls. Give it a try, and you're going to love it. (MAL) 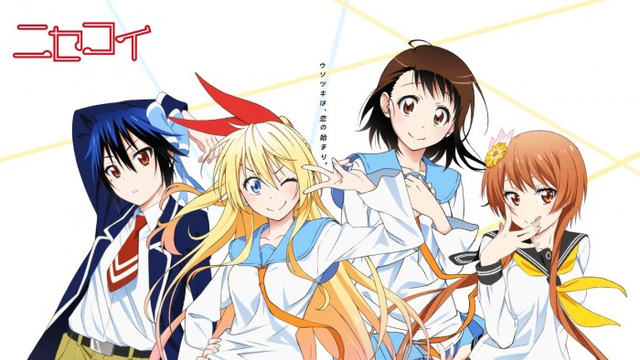 The series follows a high school boy named Yūta Togashi, who tries to discard his embarrassing past grandiose delusions, until he meets a girl named Rikka Takanashi, who exhibits her own signs of chūnibyō syndrome. As their relationship progresses, they form a club called the Far East Magical Napping Society Summer Thereof, alongside Shinka Nibutani, Kumin Tsuyuri and Sanae Dekomori, who each have their own unique delusional behavior. (Wikipedia)

A sweet romance anime with cute characters, voice and beautiful animation, you're definitely gonna love this one. (MAL) 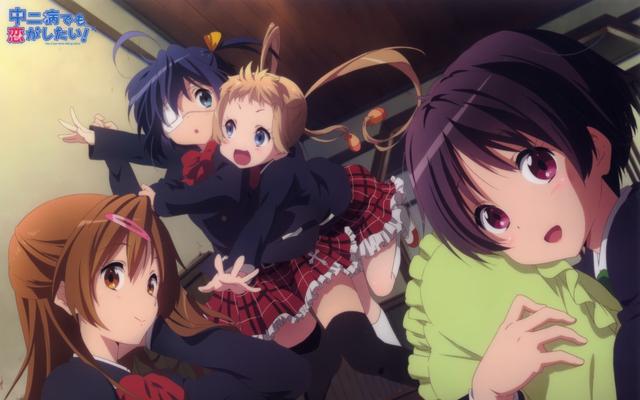 8. Rascal Does Not Dream Of Bunny Girl Senpai

Puberty Syndrome is a rare disease which only affects teenagers, and its symptoms are so supernatural that hardly anyone recognizes it as a legitimate occurrence. Sakuta Azusagawa knows from personal experience that it is very much real, and happens to be quite prevalent in his school.

Sakuta Azusagawa's life takes a turn for the unexpected when he meets teenage actress Mai Sakurajima, dressed as a bunny girl. As Sakuta tries to help Mai through her predicament, his actions bring him into contact with more girls afflicted with the elusive disease. (Wikipedia)

I like its unique romance and yes, bunny girl. (MAL) 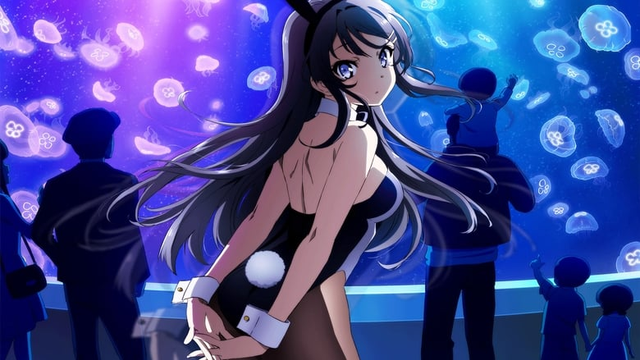 7. My Youth Romantic Comedy Is Wrong, As I Expected

Hachiman Hikigaya is an apathetic high school student with narcissistic and semi-nihilistic tendencies. His teacher forces him to join the Volunteer Service Club, a club that aims to extend a helping hand to any student who seeks their support in achieving their goals. With the only other club member being the beautiful ice queen Yukino Yukinoshita, Hachiman finds himself on the front line of other people's problems. (MAL)

The story follows two loners, the pragmatic Hachiman Hikigaya and beautiful Yukino Yukinoshita, who offer help and advice to others as part of their school's Service Club. It largely depicts various social situations faced by teens in a high school setting and the psychology driving their interactions. (Wikipedia)

This is not your regular romcom Anime. It has its own uniqueness, and you might not like this, and if you do, you will love all 3 seasons. 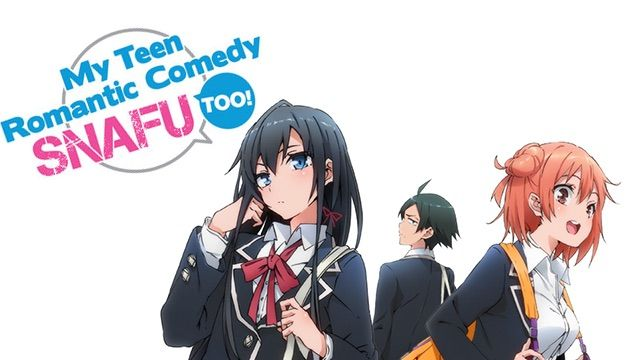 Student council president Miyuki Shirogane and vice president Kaguya Shinomiya seem to be a perfect match. Although they like each other, they are too proud to confess their love, as they believe whoever does so first would lose. The story follows their many schemes to make the other one confess or at least show signs of affection. 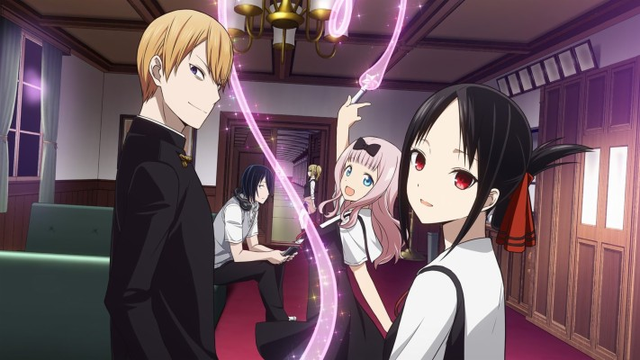 Equipped with a wooden katana and feisty personality, Taiga is known throughout the school as the "Palmtop Tiger". One day, an embarrassing mistake causes the two students to cross paths, and Ryuuuji discovers that Taiga actually has a sweet side: she has a crush on the popular vice president, Yuusaku Kitamura.

Toradora! is a romantic comedy that follows Ryuuji Takasu and Taiga Aisaka as they embark on a quest to help each other with their respective crushes, forming an unlikely alliance in the process. (MAL) 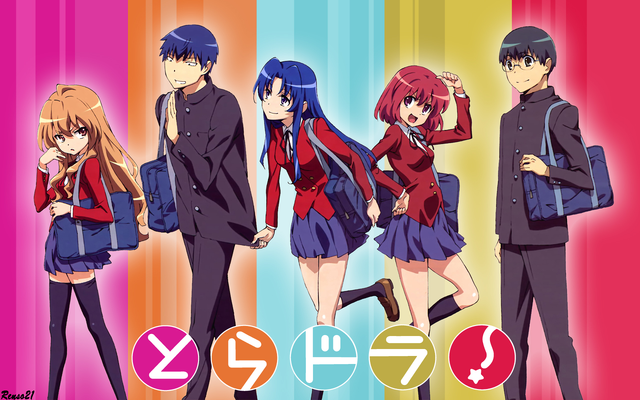 4. TONIKAWA: Over the Moon For You

Nasa Yuzaki is determined to leave his name in the history books. One snowy evening, his eyes fall upon a peerless beauty across the street. Bewitched, Nasa tries to approach herâ€”only to get hit by an oncoming truck. Refusing to let this chance meeting end, he forces his crippled body to chase after her and ask her out. Surprised by his foolhardiness and pure resolve, the girl accepts his confession under a single condition: they can only be together if he marries her!

Nasa x Tsukasa is one of the sweetest couple I've ever seen. The series follows their after marriage romance. Cute things, like holding hands and walking together or hugging each other, will definitely tickle your heart and give you a warm smile. (MAL) 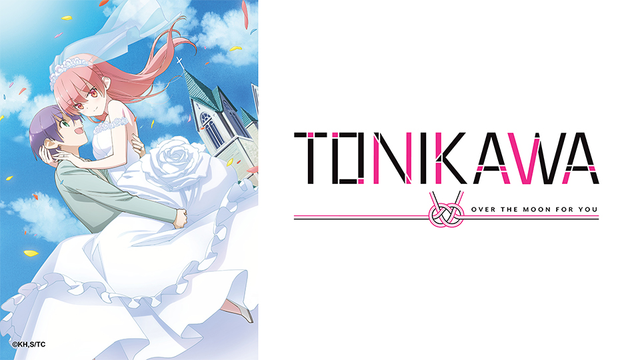 Kyoko Hori is a bright and popular high school student, in contrast to her classmate Izumi Miyamura, a gloomy and seemingly nerdy, glasses-wearing boy. At home, Hori dresses down and looks after her younger brother, Souta. One day, Souta comes home with a nosebleed. He had been accompanied by a boy with numerous piercings and tattoos, who introduces himself as Miyamura. Over time, when the two begin to learn more about each other, they learn they have more in common than they originally thought. As time goes on, the two suddenly find themselves closer than ever. (Wikipedia)

Overall, Horimiya is a wholesome romance Anime with no story stretching or round around with the same thing again and again. It has beautiful character design, a beautiful opening and well written story. (MAL) 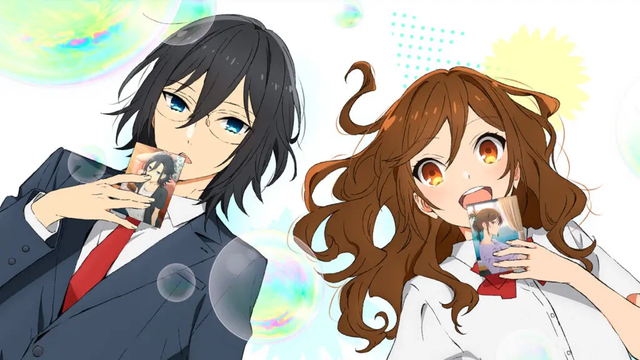 The story follows the main character Tomoya Okazaki, a discontented high school student whose life changes when he meets a girl one year older than he is, named Nagisa Furukawa. (Wikipedia)

It's a slice of life Anime with amazing romance and a few supernatural elements, something that will melt your heart. Clannad follows the high school love comedy and Clannad: After Story shows what happened afterwards (yes, something we always curious about).

It's a beautiful show and 100% recommended from me. (MAL) 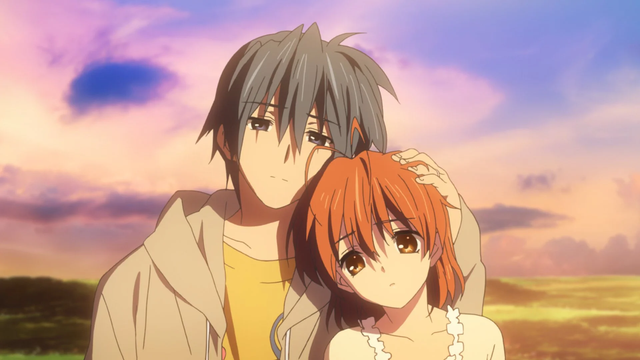 In the town of Clock Hill, there is an old boarding house called Maison Ikkoku. While the residence itself is fairly normal, most of its occupants are not. Yuusaku Godai has finally reached his limit with his neighbors' constant disruptions and boisterous partying. Falling madly in love with Kyoko Otonashi, he decides that the boarding house may not be such a bad place to live after all.

Unfortunately for him, Kyoko is a widow whose husband died six months into their marriage. But with Godai's persistence and the help of the other eccentric tenants, she may experience true love once again.

With 96 episodes of amazing story, written beautifully with one of the best ending, I just want to say trust me and watch Maison Ikkoku. It's the perfection of a true romance Anime. (MAL) 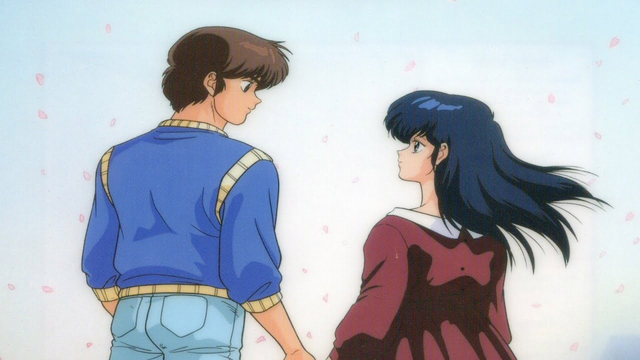