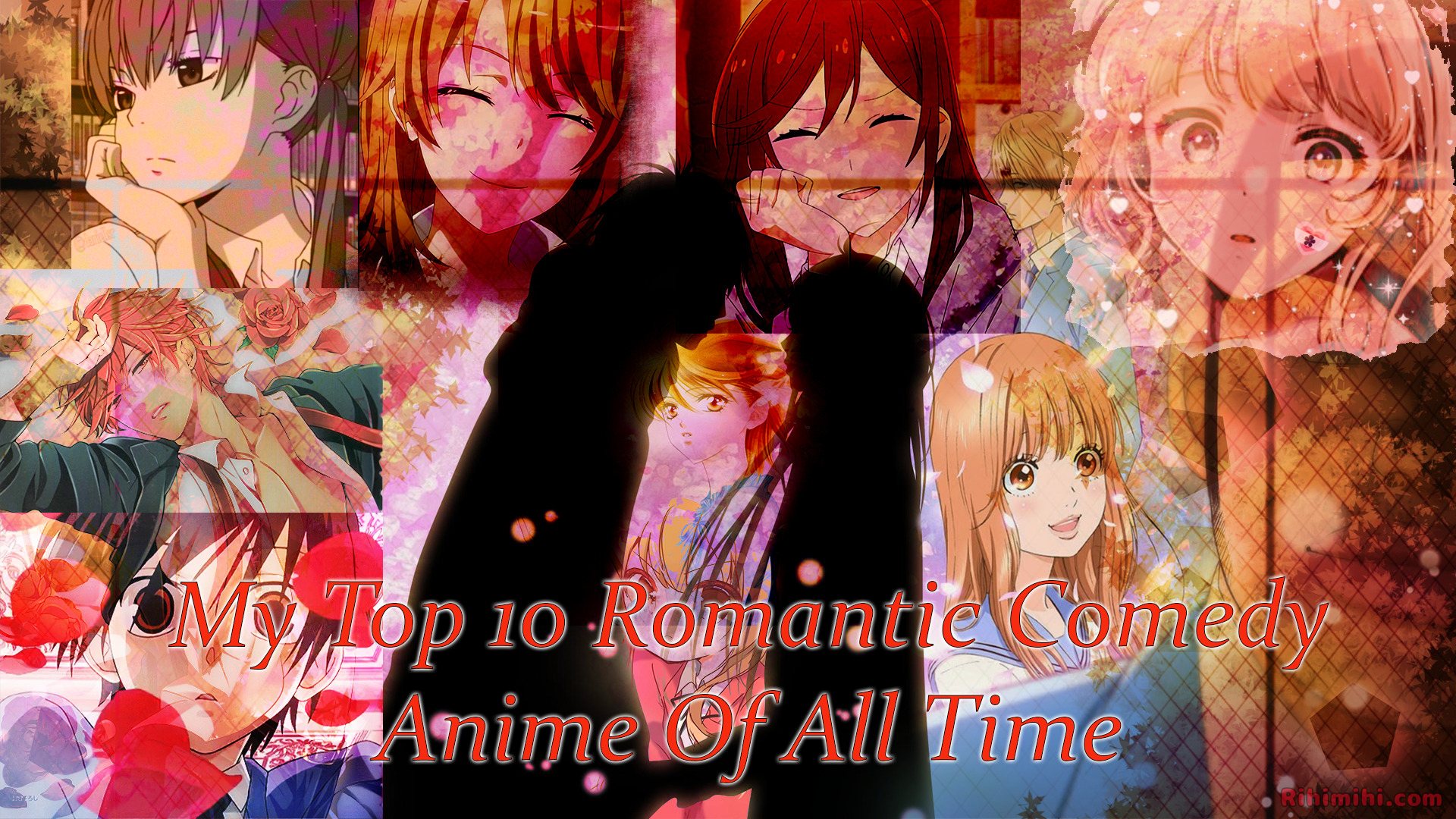 My Top 10 Romantic Comedy Anime Of All Time

The story centers around the friendship of Haru Yoshida, a cheery and supposedly delinquent boy, and Shizuku Mizutani, a relatively shy girl who is devoted with academic excellence. (Wikipedia)

Romantic comedy is one of the most popular genres nowadays. Tonari is a prominent example of this category. This anime does not fail to impress, as it is filled with fun, humorous laugh out loud scenes, and a good storyline. (MAL) 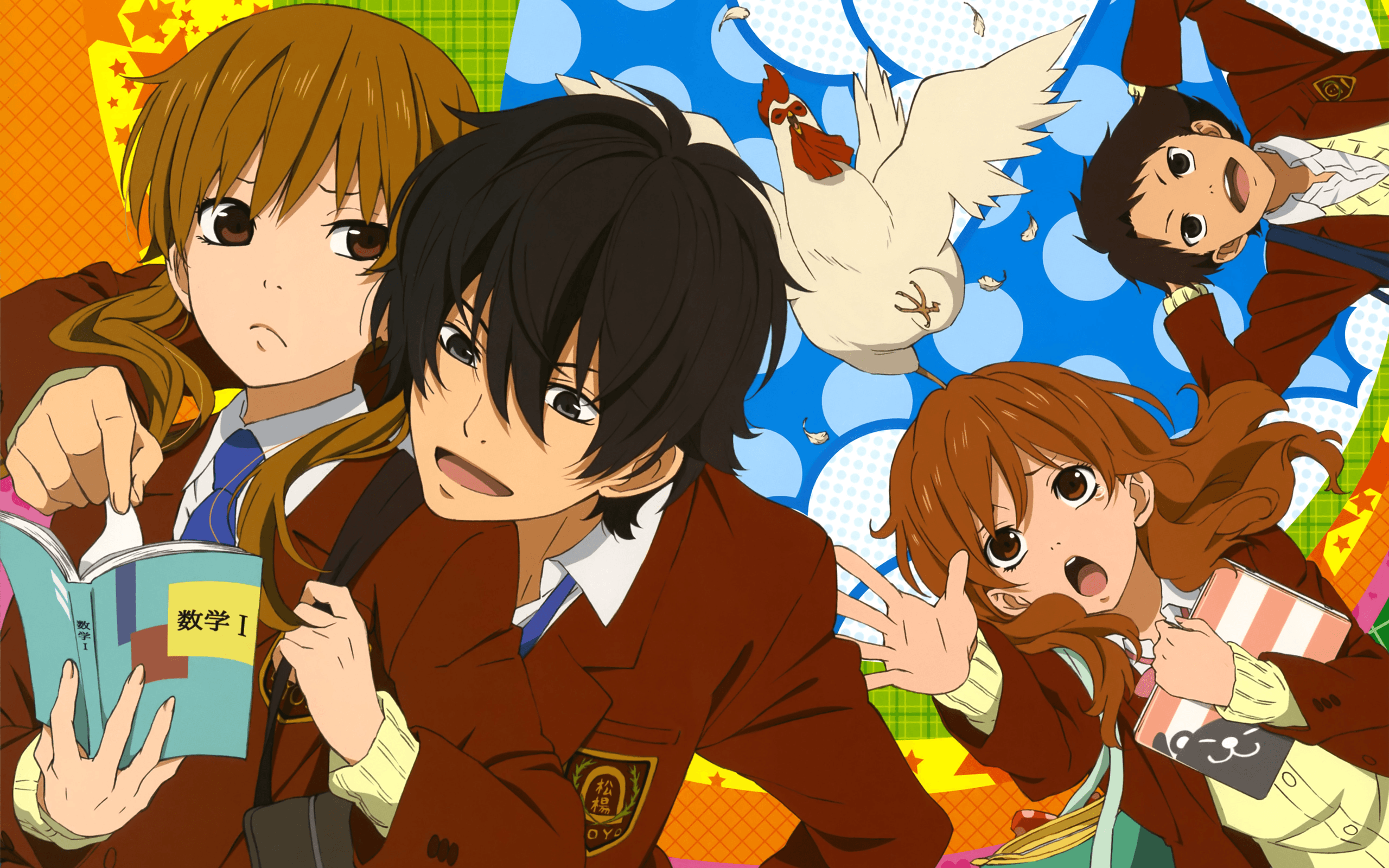 Gekkan Shoujo Nozaki-kun revolves around a high school girl, Sakura Chiyo, who has a romantic interest on her classmate, shoujo manga artist Nozaki Umetarou. She attempted to confess her feelings to him but was misunderstood as a fan of his manga and eventually ends up helping him on his manga. The storyline then continues, focusing on these two. 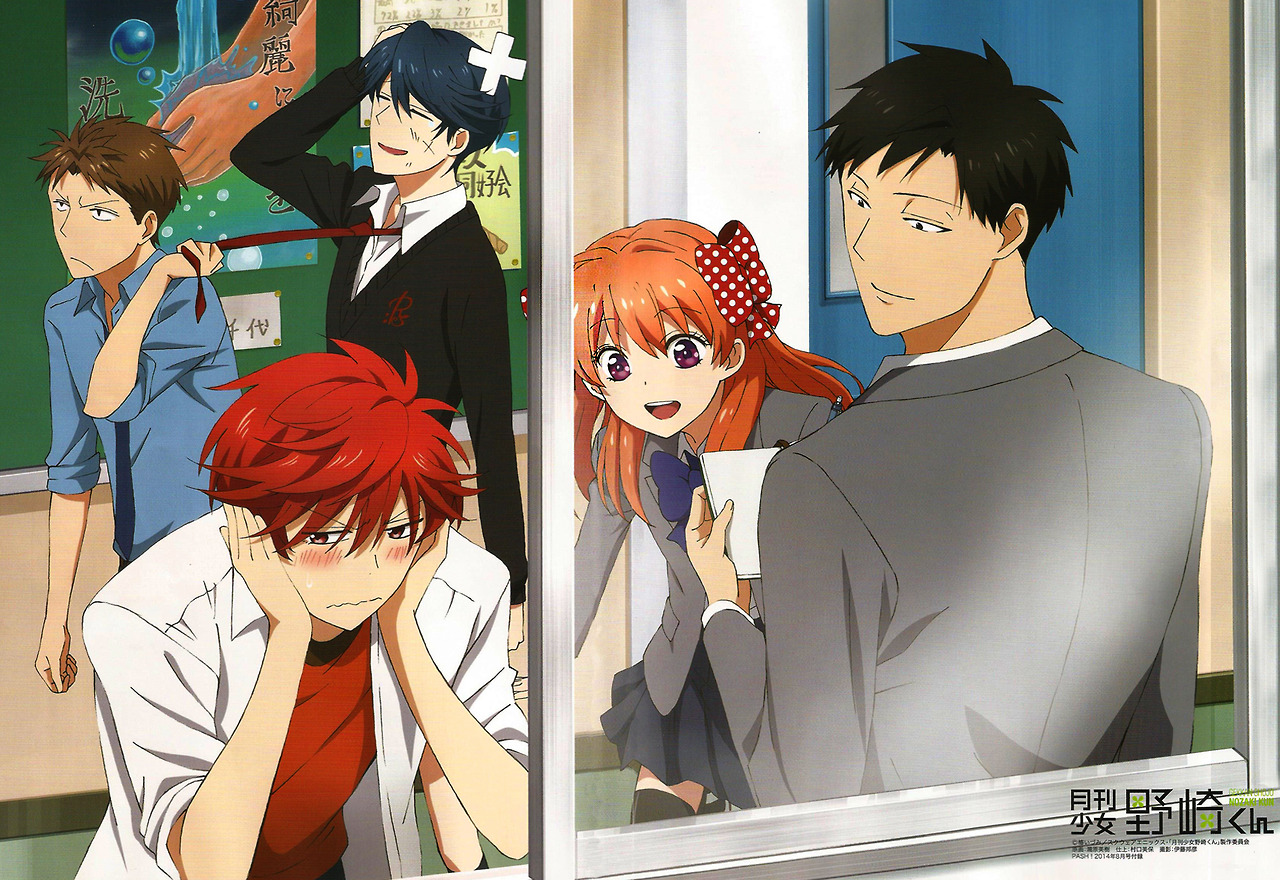 The plot revolves around Takeo, a large and muscular high school student who has a bad luck with ladies since every lady he likes ends up falling for his closest buddy, Makoto Sunakawa, who is charismatic and attractive. This all changes when he saves Rinko Yamato, a small bashful girl who, against all odds, falls in love with Takeo, kicking off a unique love tale. (Wikipedia)

Are you fed up with cliches and harem scenes? Do you desire a good romance rather than the same old romcom that goes nowhere and compromises everything for the puns? If so, Ore Monogatari is the animeĀ for you. (MAL) 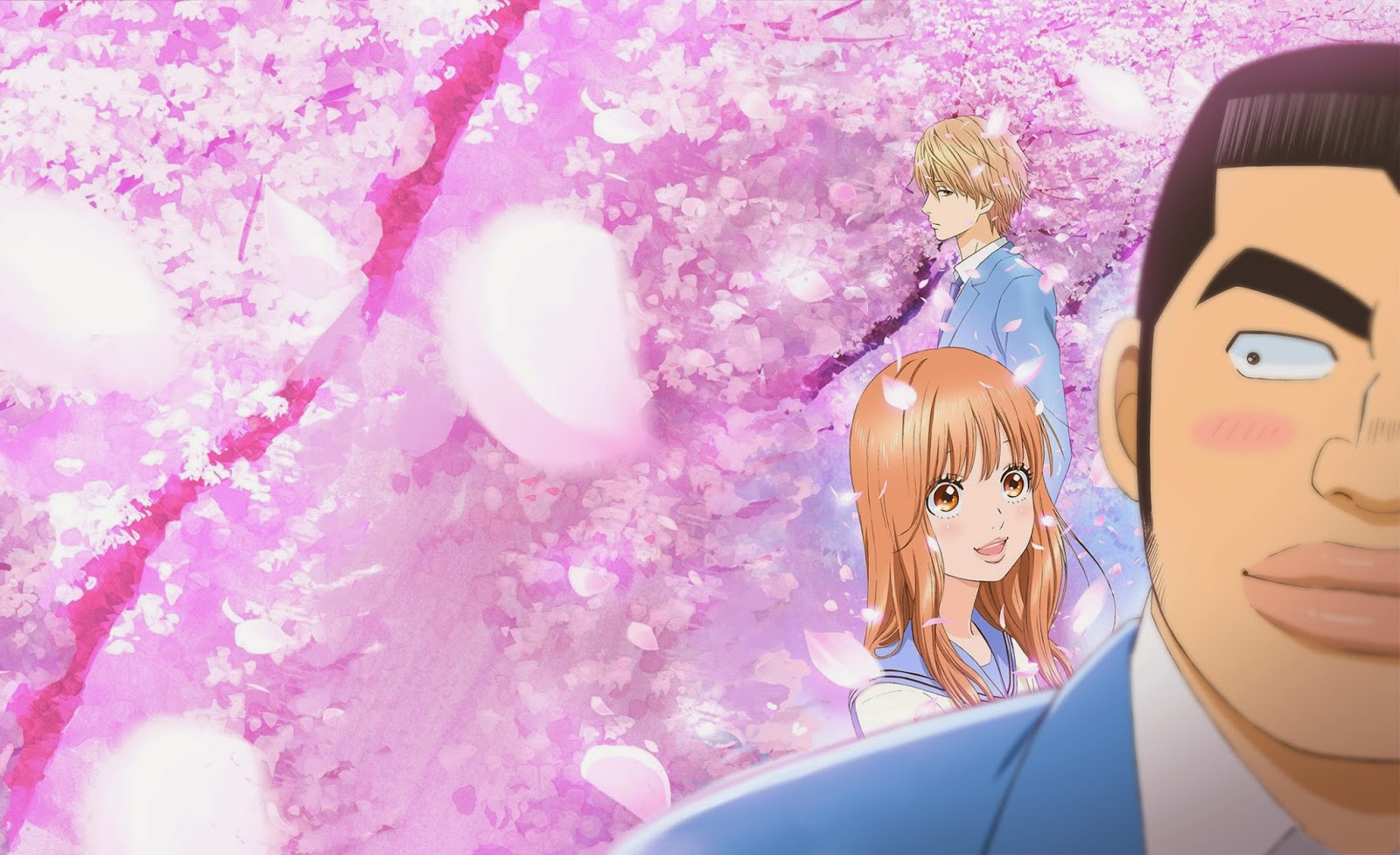 7. Wotakoi: Love Is Hard for Otaku

Narumi, an office worker who hides her fujoshi lifestyle, and Hirotaka, a gorgeous and skilled corporate guy who is a gaming geek, are the major protagonists. The two appear to be an ideal match, yet love is difficult for otaku. (Wikipedia)

To me, 'Love is hard for otaku' is a simple, hilarious, and sweet series with some references here and there, portraying the hardships and rewards of otaku relationships, whether amicable or more serious. (MAL) 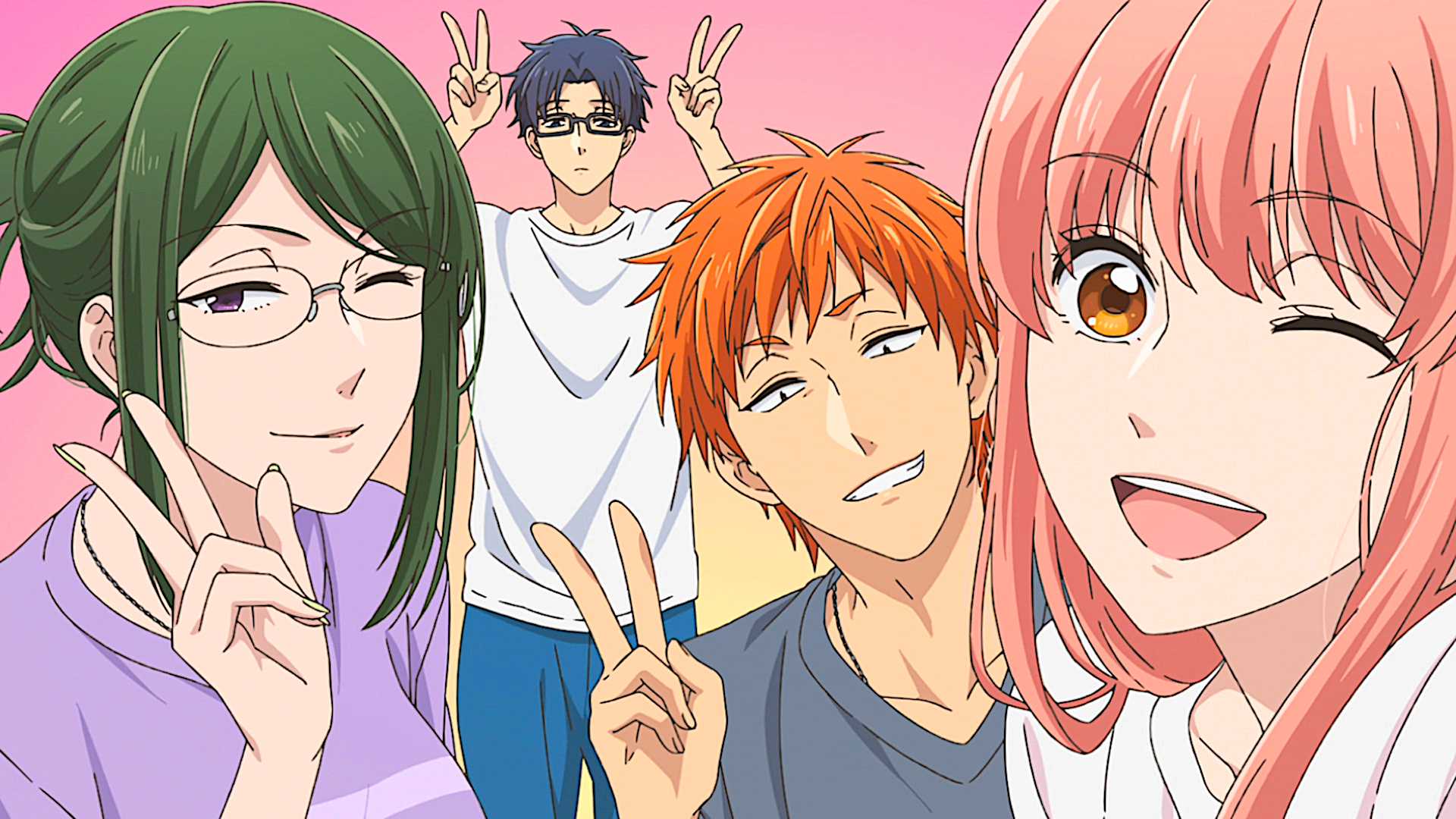 Sawako Kuronuma, a 15-year-old high-school student wasÂ branded as Sadako by her classmates due to her similarity to the protagonist of The Ring. Despite her intimidating look, she is a lovely and innocent girl who simply wants to lend a hand. When a widely known boy, Kazehaya, starts talking to her, everything starts to change around her. She discovers herselfÂ entering new friendships and interacting to strangers, and she can't thank Kazehaya enough for providing her with these possibilities. As they overcome the difficulties and hurdles that stand in their way, a wonderful relationship grew between the two. (Wikipedia)

Kimi Ni Todoke is by far one of the most unique and genuine kinds of high school anime and romance. I fell in love with the two main characters right away, both as a couple and as individuals.(MAL) 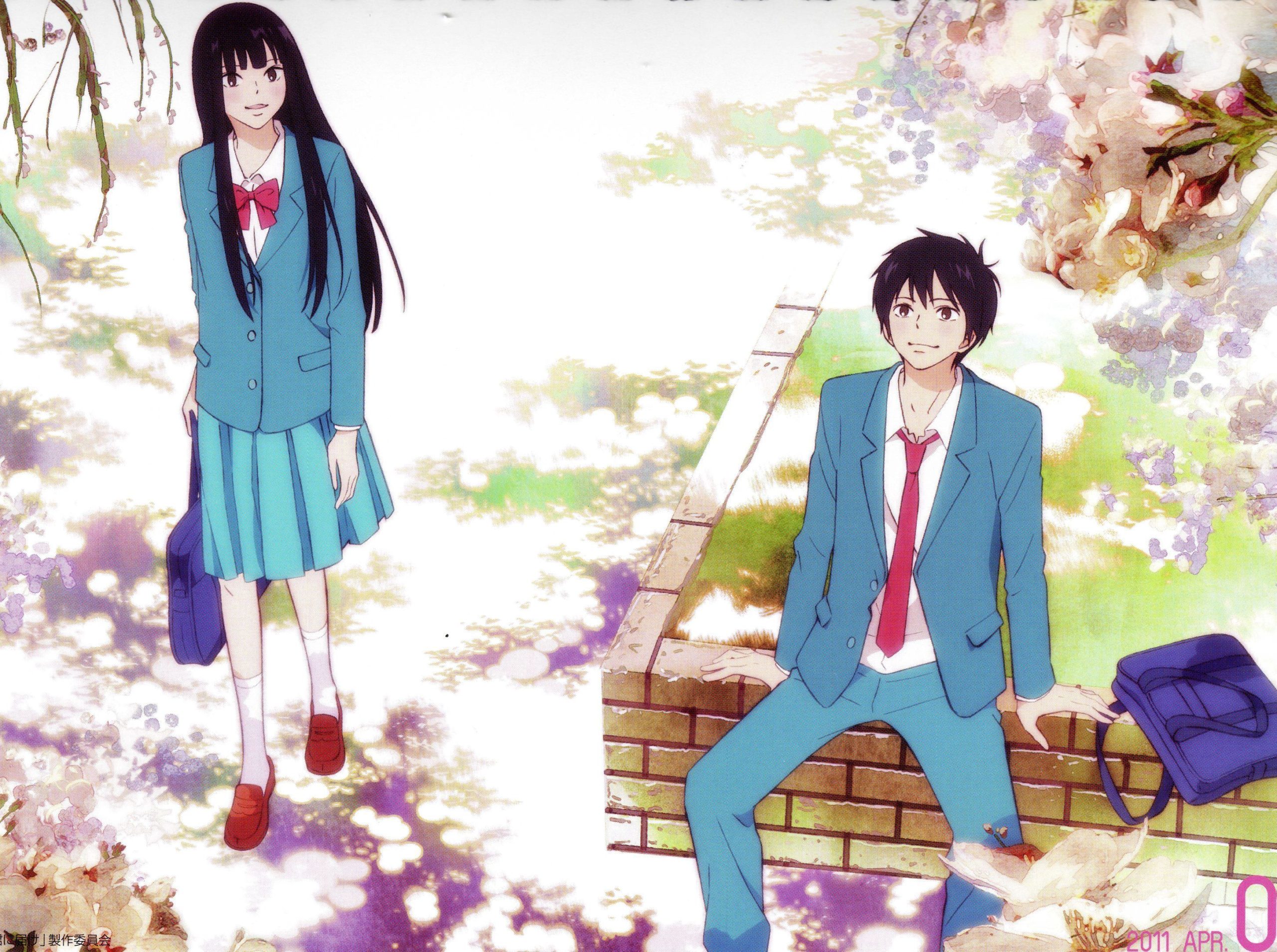 The storyline revolves around two social outcasts, the pragmatic Hachiman Hikigaya and the exquisite Yukino Yukinoshita, who, despite their opposing attitudes and values, assist and guide others as members of their school's Service Club, accompanied by the lively and sociable Yui Yuigahama. It primarily portrays numerous social scenarios encountered by teenagers in a high school context, as well as the psychology behind each others actions. (Wikipedia)

Yahari Ore no Seishun Love Come wa Machigatteiru is nothing like your typical anime. As a matter of fact, it's one of the most unique and endearing romantic comedies I've seen in a long time. (MAL) 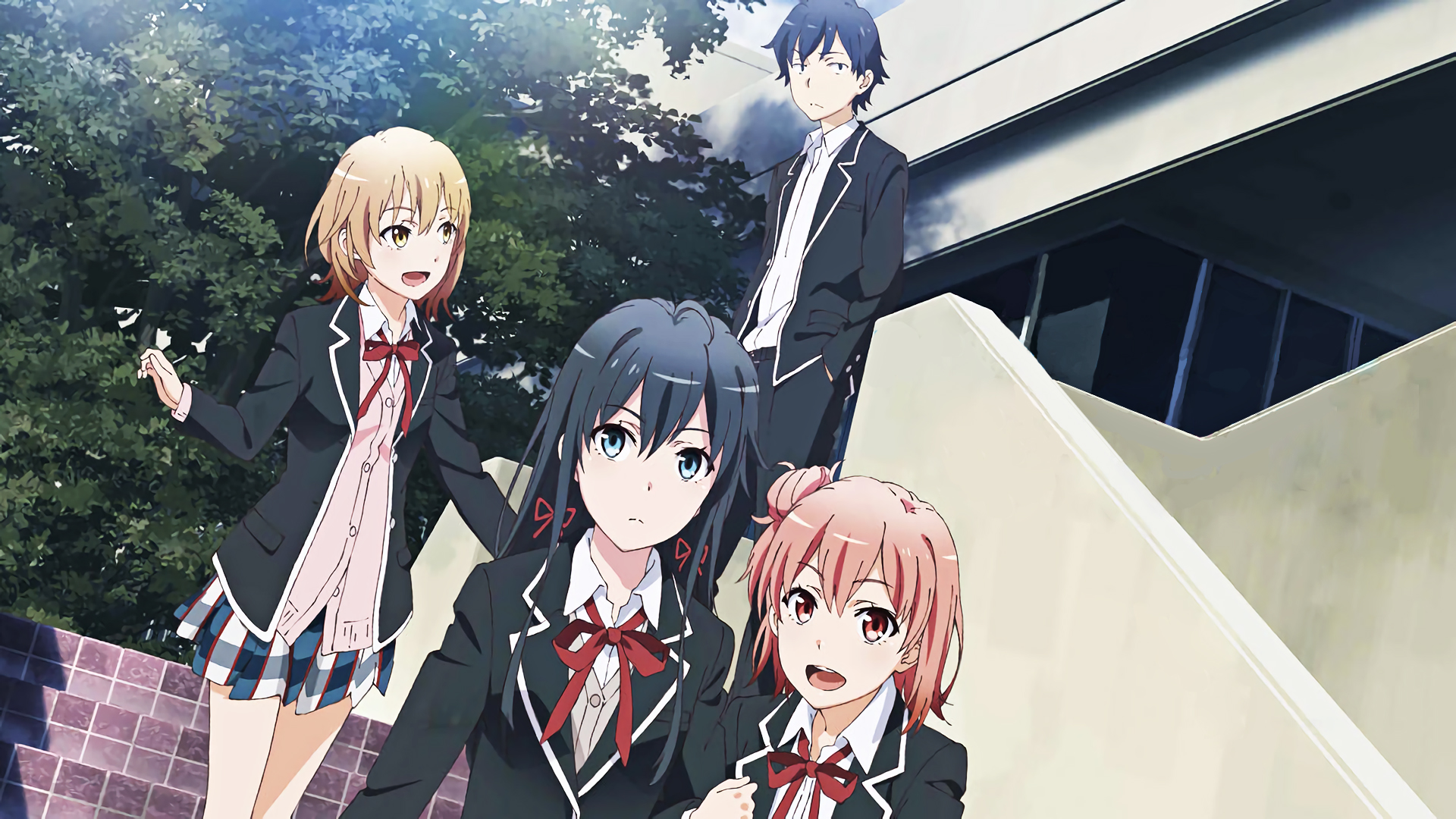 A 16-year-old girl named Kyoko Mogami finds out that her childhood friend and love interest, Shotaro Fuwa, merely keep her around just to function as a maid and to help him pay his rent and bills as he attempts to become the top celebrity in Japan. She makes a vow of vengeance to defeat him in television industry out of rage and heartbreak. (Wikipedia)

Spectators of humor, interesting characters, and storylines played towards the reality context of the ruthless entertainment business industry, watch! You're in for a treat watching Skip Beat, a tremendously fun and eventually highly fulfilling animated series! (MAL) 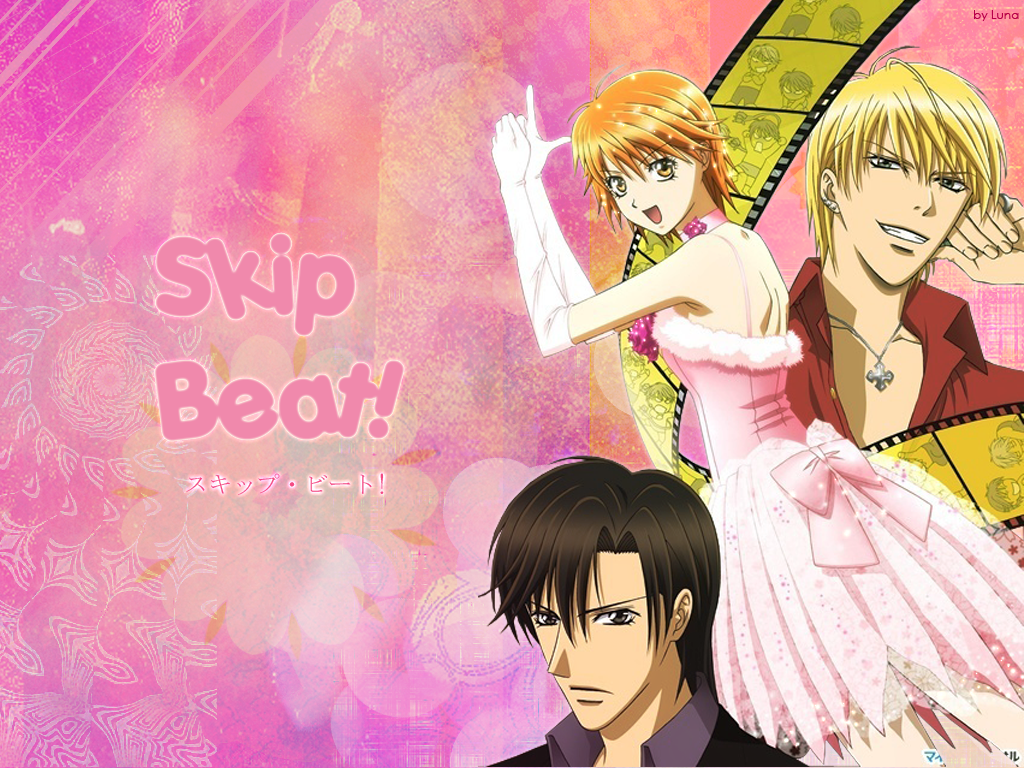 The protagonist of the animeĀ is a man with the name of Takasu Ryuuji who has a crush on his next-door neighbor's closest friend. Aisaka Taiga, the neighbor, has a crush on Takasu's closest buddy, Yuusaka Kitamura. The two form a collaboration and attempt to assist each other fulfill their objectives throughout their journeys. The series, however, transcends beyond its stereotypical style and takes on a much greater depth storyline as the story presents more characters and shifts from its lighthearted humor to profound drama. While several animes can pull off such a changeover, Toradora! is one who can do so softly and brilliantly.

Toradora! is one of those animes that instantly springs to mind straight away when someone asks for a rom-com suggestion. If you're into rom-coms, this is a must-see. Even if you're not a typical spectator of these types of anime, Toradora! is unquestionably a remarkable introductory point around this genre. (MAL) 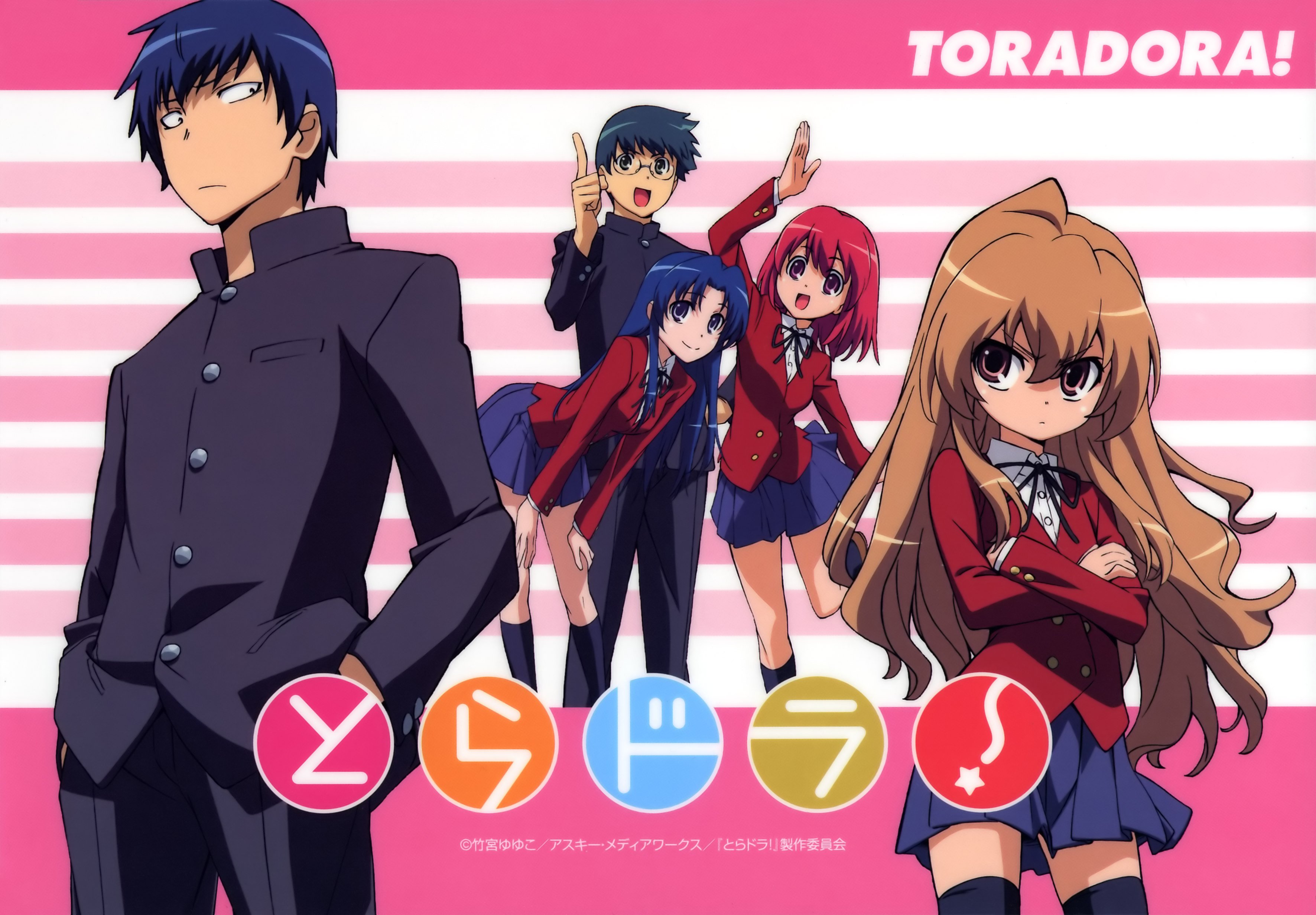 The most popular student in her class, Kyoko Hori, dresses casually at home and does the chores. Izumi Miyamura, the lone student in the class, learns her secret one day. (Wikipedia)

Horimiya is without a doubt the finest shounen rom-com! The first episode will captivate you due of the art, characters, song, and so on. There is no way you would dislike any of the characters! The humor is also extremely great! All of the ships in this anime/manga are also remarkable. Each relationship has different dynamics, yet they all complement each other beautifully (if you've read the manga, you'll understand what I mean)! (MAL) 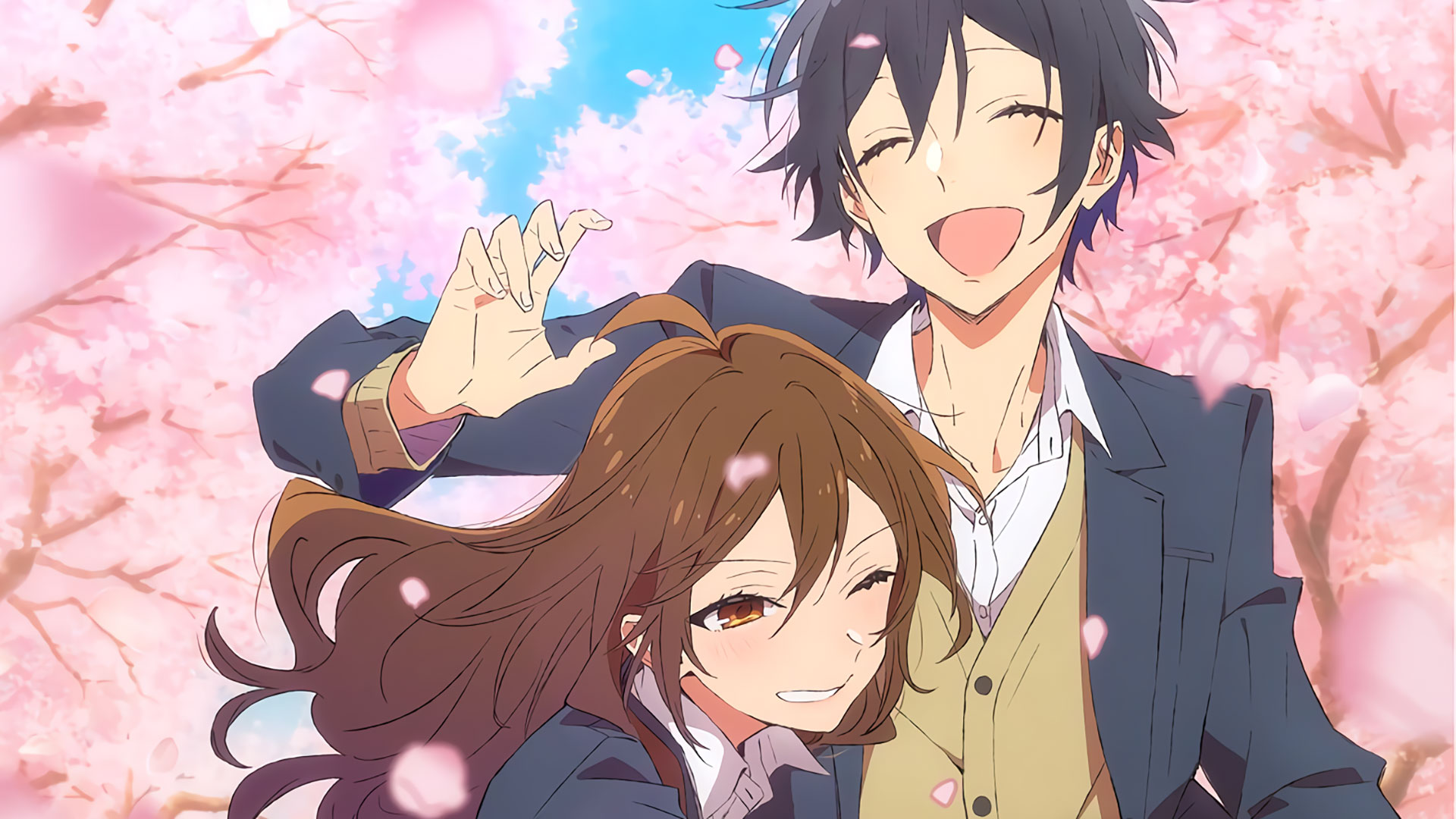 The comedy series follows Haruhi Fujioka, a scholarship student at the prestigious Ouran Academy. Looking for a quiet spot to study, Haruhi wanders onto the unoccupied Third Music Room, where the Ouran Academy Host Club, a group of six male students, gathers to treat female "visitors" with sweets and tea. During their first meeting, Haruhi accidently breaks an antique vase worth $8,000,000 and is obliged to repay the debt as the club's errand boy. Her short hair, slouching clothes, and gender-ambiguous face causes the Hosts to mistake her for a male student, but they quickly recognize her true gender and the fact that she is "good" at pleasing ladies, transforming her to full-Host status. (Wikipedia)

My favorite anime so far is certainly Ouran High School Host Club. To any individual who heard about it, I wholeheartedly suggest it. A must-see, if you ask me. With its splendid artwork and entertaining characters that come together to create endearing and wonderful encounters with its protagonists, OHSHC will have you smiling for several hours. I love this anime because it has completely original humor that no other anime I've seen can match. (MAL) 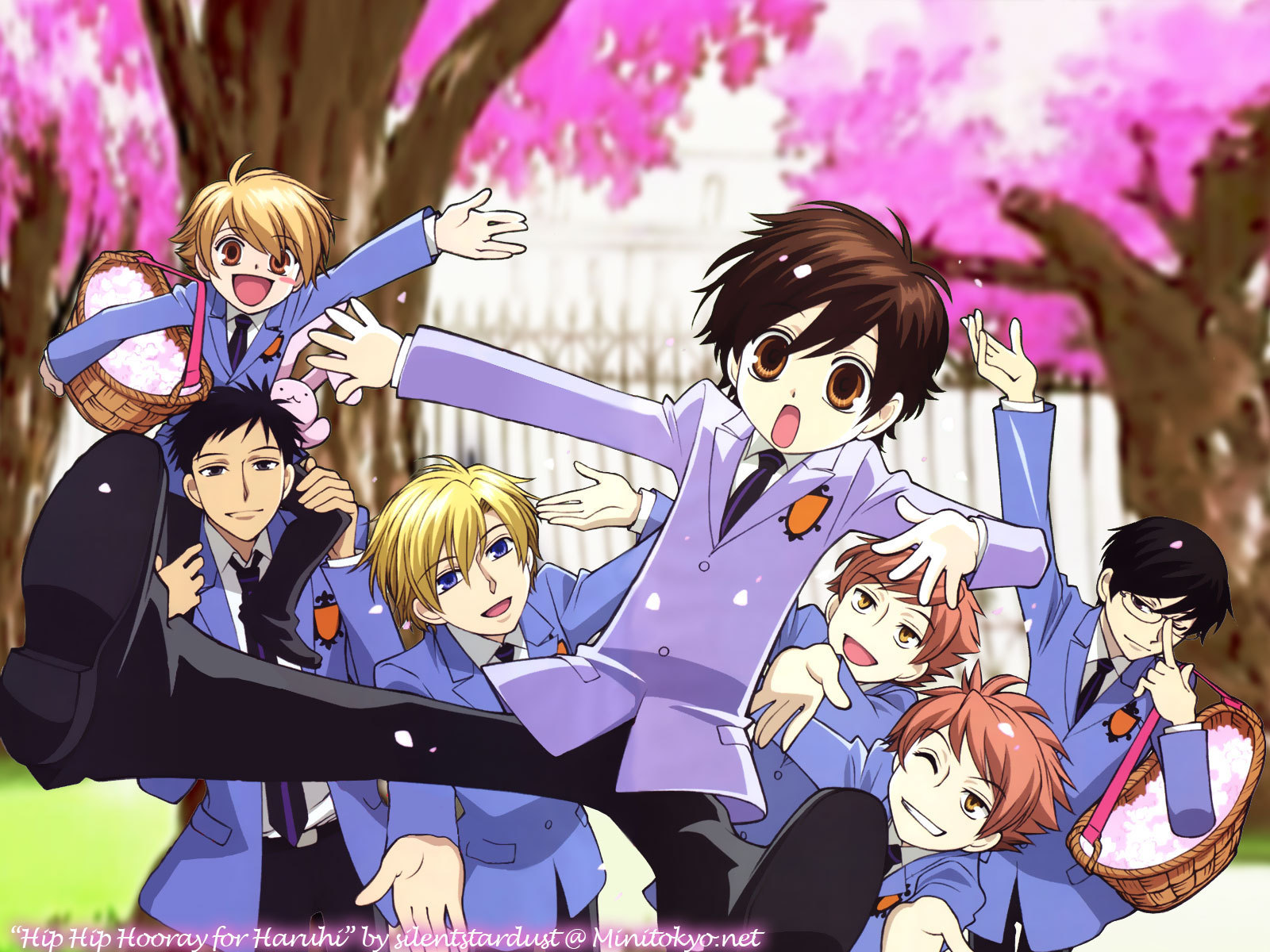