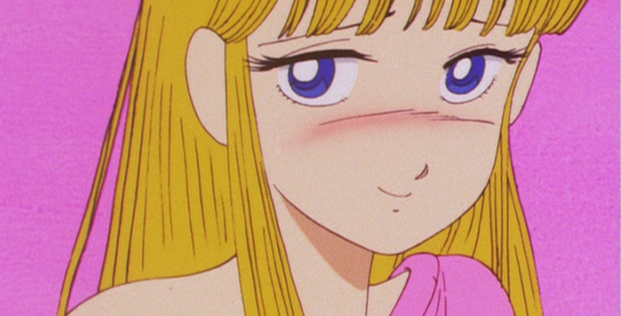 I have watched Stop! Hibari-kun! Anime last week and I absoltely loved it.


The other day I was looking for some intersting Anime to watch, so I went to use our https://rihimihi.com/find_anime/ tool and I just happend to find this amazing one and only piece of masterpice with Trap + Rom-Com.

Yes! You heard it right. Just keep in mind that this Anime is from 1983 before taking this anime content seriously as it was just meant to be pure romcom.

A teenage boy has moved to his mother's friend house because his mother died recently.
The uncle's house he move in is a yakuza family and has four beautiful daughters.
But, one of the daughter, Hibari, who is most beautiful among the four dauther is actually a boy.

Hibari is cute, and even has a feminine voice, long beautiful hair.
Kousaku Sakamoto is the teenage boy we were taling about earlier. Kousaku just moved in, seeing all those yakuza mess, Kousaku decided to leave but Hibari appeared in front of him.
Stunned by the beauty of Hibari, Kousaku decided to not leave. Later he find out Hibari is a boy and just a pervert who likes to dress as a girl and even have long hair. He couldn't believe it but Hibari then Hibari made him believe by proving it, ahm. Although Hibari is a boy, he (I like to call she but he is a boy so idk) is super preety. Ofc Kousaku got surprised but what can he do at this point.
Slowly Hibari started to show affection towards Kousaku and eventually they started getting closer but everytime Kousaku remember that Hibari is a boy, he runs away. But since they are living under same roof and their room also connected, no place to run!

This anime is full of classic rom-com that you see very rarely. A lots of comedy, jokes, some sweet ecchi scene and a yakuza family.

The opening and ending song are very cute and original made keeping the Anime topic in mind. I am sure you will love it.

Its a sweet story filled with Hibari chasing after Kousaku for his love. 35 episodes full of amazing content.

There's an episode about Kousaku and Hibari switching body. You can image what happens when a girl chase a boy all the time but suddenly it gets reversed. Its always fun and never gets old.

We see some bold romance scene between Kousaku and Hibari. But its not BL, I promise.

If you have read this far, just watch "Stop! Hibari-kun!" and give your thoughts you can add a comment here or just leave a review somewhere so this Anime can get some light and we get more romcom like that in the future.